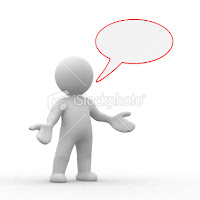 “Show, don’t tell”. These magic words are often used to remind artists not to over-think their work, and instead to work from a playful, creative (arguably regressed), place. Screen actors in particular benefit from this advice, as their job is not to use fully articulated, eloquent bits of text in order to make a crystalline point – the way a character in a stage play written by Shakespeare, Shaw or Stoppard might – but instead to indulge in the mysterious drives and emotions that lie between the lines, in other words to “act out”.
Many of us are guilty of regularly “acting out” in our lives – here are a few examples; 1) Ignoring phone calls and emails from people we’re angry at. 2) Flirting, with someone other than your partner (in the presence of your partner), to make them pay attention to you. 3) Complaining to a friend or family member, about a third party (friend or family member) who is in the room with you. 4) Posting pictures, updates, on a social networking site, intended to indirectly induce jealousy, anger, fear, sadness (or some other emotion) in someone you’re connected to.
It makes sense to “act out” when your entire purpose is to keep a juicy conflict alive – as in the case of a screen actor (or reality tv personality for that matter) – but when it comes to maintaining the relationships in your real life (as opposed to your “real” life – ie. Facebook, Twitter, or reality television incarnations) it usually makes more sense to reduce and eliminate conflict, making the maxim “Tell, don’t show” more appropriate.
In most cases we don’t actually want conflict to be furiously, and ruinously tearing through any of our significant relationships. So, if we want to feel less tense, anxious, and frustrated by the people we deem to be important, and instead to feel more connected to them, it’s up to us to work toward “Tell”-ing them (and only them) what we want and how we feel. We can then save our compulsion to perform/ “act out” for our artistic/ creative projects.
With so many audiences available to everyone in the way of the internet and television, it’s more tempting than ever to “act out” your own life, sacrificing insight, self reflection, and our ability to effectively connect with people we care about. Whether we choose to remain in constant conflict via “Show”, or make a conscious effort to maintain relationships that are free of drama via “Tell”, we must be aware that the choice is ours. A clear, connected, and conflict-free relationship does not an entertaining film, tv program, or internet post make – and vise versa.