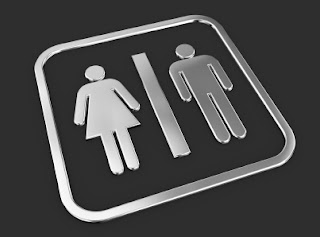 Published in the Journal of Gay and Lesbian Mental Health Vol. 16 Issue (3)
ABSTRACT The author describes anti-homosexual attitudes in the entertainment industry. Effeminate male actors generally have a hard time being cast, whether for gay or straight roles. Attitudes in the performing arts mirror those in society as a whole. Case reports are interspersed in the discussion to illustrate the points.
INTRODUCTION There is a “don’t ask, don’t tell” practice in the hiring of actors for film, theater, and television—but it is certainly as ubiquitous in casting for the world’s stage as well. Here is how it works: actors can avoid discrimination so long as they do not disclose being homosexual. What is considered to be a disclosure in this case can be verbal, but is more often non-verbal, and merely a casting director’s perception or interpretation of the actor’s sexuality based on their gender presentation. This practice limits work for out and “seemingly gay” actors, and also severely limits audience perceptions of both homosexuality and gender. A simple example of this can be found in the film Brokeback Mountain, for which straight, masculine movie stars were hired to play gay men. By restricting the presence of gender-nonconforming people in film, television, and theater, the message, “you are permitted to be gay, just don’t flaunt your identity” (Yoshino, 2006), reverberates like an earthquake and without anyone having to claim responsibility or fix the problem. Until this phenomenon is brought to the surface – by naming and aggressively discussing it – homophobic discrimination will continue on and below the surface. Specifically we can expect to see more job discrimination, bullying, suicides, and hate crimes against gender-nonconforming people (both gay and straight)……


ACTING OUT
by Mark O’Connell
The following short film is a collection of interviews with lesbian and gay self identified actors. The actors discuss the pressure they often feel, to modify their instinctive gender presentations in order to appeal to casting directors, producers and directors. Casting director Brette Goldstein very honestly and eloquently shares her experiences working with gender nonconforming actors, and the way the business responds to them.